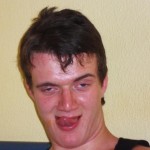 KANGURUBANGUELA Not Clean 7 months ago

This player (https://bf4db.com/player/1003001027468) has already been reported with videos and has not been banned (Video is not mine) https://www.youtube.com/watch?v=QtGWRIms_b0&feature=youtu.be

I even created two posts to know why he was not banned since I already saw players being banned for much less.

Today, once again I met him again and I decided to record and report him for the third time, I hope this time he will be banned. Best moments of the match.  the first 10 seconds have already proven the use of hack (aimbot and wallhack). If Torsten-AUR- wants to put the whole video of the match I edited to not be too long. But I wanted to know why Torsten-AUR- defends both KILLINGB0TS4FUN closing my post and not letting me explain. I think Torsten-AUR- is the worst of bf4db's managers...

A few weeks ago I've been playing against this player who uses multihack (aimbot and wallhack). As can be seen in this video https://www.youtube.com/watch?v=QtGWRIms_b0&feature=youtu.be

And today I saw that after creating a forum topic asking for your ban ( https://bf4db.com/forum/thread/report-macroehxitesim-2523 ) it was cleaned (No proof provided). every day that passes this harder to play bf4 by the increase of hack and this site bf4db was a great help to combat. It appears to joke the adm to say that the video quality is not good 720p. And you can not prove the use of cheat. More evidence aimbot:

I've seen the moderators accept as plausible evidence gifs, now video without audio is the first time. well they told me that there are players who pay to not be banned now I'm sure this happens.

I've seen the moderators accept as plausible evidence gifs, now video without audio is the first time. well they told me that there are players who pay to not be banned now I'm sure this happens. 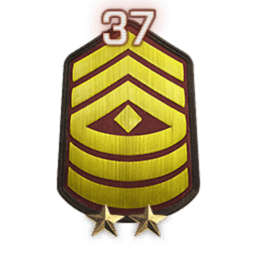 Player using aimbot please ban it. evidence of use

Why do you think no new titles use Punkbuster?

Also using WarZ as an example is a meme in itself.

We still enforce Violations issued before a certain date, as detailed in a post on our Forums. In the past they were effective. But those days are behind us. We have undeniable proof they ban for no reason. They know it too, which is why they’ve stopped responding to appeals on their site in anything other than an automated response.

I just gave some examples of games

Lie, the PB does not randomly ban them they are able to take screenshot of the game screen and use it as evidence. If they randomly banned major game companies they would not hire to be their anti cheat, games like battlefield, Call of Duty, Americas Army, Crysis, Medal of Honor, Rainbow six vegas, WarZ and several others use PB.

@ZeuqhII Let me tell you something, it was the time that BF4DB was good. All of these videos show the use of aimbot at various times, and even so the moderators always have an excuse for not going back in the decisions. This is not the only post I see of this type and the feeling I have is that there is a certain group of people that no matter how much evidence you have they will never be banned. I myself have already reported a player who was a sponsor on bf4db (today he is a moderator), he had 3 more banned accounts per linked account for using hack, I reported this new account and guess what was the decision? yes, clean. (when a moderator sees my text I know it will be deleted, you can take a print.)

Do not waste your time it has been reported here many times and always make up an excuse for not applying the ban. When the administrators don't want to ban someone they invented a million excuses, I recorded it myself using auto spot and aimbot but when I saw that it was clean here, I gave up. Just stress and time.

Player: kick_qed is he a cheat? 4 months ago

Detail that is a hardcore server