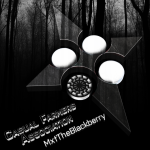 today, on the 02nd of February 2018, we decided to suspend any evidence of cheating, hosted by the AntiCheatInc (short ACI), from being used to issue valid bans on BF4DB. This suspension takes effect immediately.

We kindly ask you not to report players based on evidence that is only hosted on ACI and/or publish any ACI native information in public BF4DB threads (as already mentioned in their own policy regarding playerdata).

As we are not able to confirm PunkBuster violations or valid PunkBuster Screenshots that have only been logged on ACI we are discontinuing ACI data as valid evidence to base reports and bans on.

If you want to report a player based on an ACI-logged violation please check the player's PunkBuster guid on GGC and PBBans. If the violation is also logged at either of these two services we will be able to issue a permament ban based on what was provided. If that is the case please provide a link to the GGC/PBBans violation/ban in the report thread.

If the violation is NOT logged at either GGC or PBBans we can't and won't issue a valid suspension on BF4DB.

According to ACI's policy you may be banned from their website and tools for publishing playerdata they collected, so for your own security please refrain from posting anything from ACI here on BF4DB. Any post/thread found to be violating their policy will be removed or censored immediately to protect you and your access at ACI.

We are open minded about this suspension and will consider revoking it if we receive basic permissions over at ACI allowing us to at least validate reports that have been made based on evidence only hosted on ACI.

We are sorry for the inconvenience.

A few words about a debated glitch.. 4 years ago

As this has been quite a big topic in the last couple of days which even resulted in a ban (that has been lifted again!).

and emphasize that this in fact is a repeatable G L I T C H  and not an RPM Hack as previously assumed.

I beg your pardon for my (censored) wording in the video, however certain people did bring me into a situation where I lost my mind due to ignorance and other private stuff that I won't further explain.

I have recorded this video on an empty BF4DB streaming server to prove that this is a glitch and not an RPM hack.

This video is one of the best examples that Battlefield 4 is still not a bug-free game even 4 years after its release.

Any reports based on this glitch will be rejected.

If this gets out of hand again we will have to start suspending forum accounts to break up the fight.

my ban 3 years ago

Sorry Burt, I'm not up for this, not this time.

You have been banned by PunkBuster for the usage of a Multihack.

If Evenbalance confirms this violation has been triggered in error open a new appeal on BF4DB providing a valid link to your approved Evenbalance ticket.

You have been banned by PunkBuster for the usage of an Aimbot.

If Evenbalance confirms this violation has been triggered in error open a new appeal on BF4DB providing a valid link to your approved Evenbalance ticket.

Creating any more appeals will result in your BF4DB user account being permanently suspended.

Have a good day.

Also, it takes a month waiting to use their tools anyways. Nothing lost honestly.

They have data going back farther than anyone else.  Who else can link accounts back to the early 2000s (AA2)?  No one.
It's a shame players in the end as yeah the goal and mission is a shared one.  Maybe eventually things will change, until then I hope the best for both as we use both :)

They have banned Torsten from the site for making a post about ACI in this thread. Things won't ever change.
And apart from that, what's the point of having a data collection listing back to the early 2000s if literally nobody is able to access it without being at a risk of getting banned for conceived reasons.

Flaming will not be tolerated.

I am a fair player without cheat. 3 years ago

As you don't seem to understand simple warnings I will end this right here and now.

Have a nice day.

They kicked Torsten out of ACI because he was supposedly sharing history tool data with us as BF4DB which is utterly false.  Apart from the fact that, even if he actually did offer us to share data with us, we would've declined it anyway because we are aware of the actions ACI is taking against their own members for supporting us as a third party anti-cheat, we have a pretty huge database covering several millions of unique players including their guids, ips etc. We are literally one of the last ones who would need data support from others.

We have asked you to provide us the names of the two players you have been boosting with to look further into it.

You could not provide any because you supposedly forgot them and cannot remember single name fragments that would've helped us more than saying nothing.

Since we have enough data to clearly prove that you did not play these couple rounds in a fair manner (even if it was "only" statpadding), you have nothing to prove that you did in fact boost. What other option do we have other than denying your appeal if we have a reason and you can't prove us otherwise.

Banned for Suspicious Stats 3 years ago

This happened half a day ago you can't tell me that you are not able to identify two players you have been tradekilling with throughout multiple rounds for numerous kills.

Banned for Suspicious Stats 3 years ago

What is the person's name you were tradekilling with?