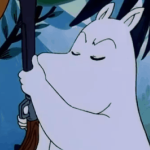 "I didn't realize I was invisible" and "this was my first time using exploits and I regret it" sound quite contradictory... you knew that you were exploiting a glitch and lied initially in your appeal, but forgot about that later when you say you "regret" using it. There's nothing to regret if it's all a misunderstanding. Therefore, you are not ignorant of the fact that you were invisible at the time of the recording and that's quite obvious, this glitch doesn't happen randomly to players, it's triggered manually.

Attempting to appeal in the hopes that other people will display similar ignorance to that of yourself is naive and embarrassing, to say the least. It would've been somewhat respectable if you owned up to it.